Obduskey, Reese, The FDCPA, And Nonjudicial Foreclosures In Georgia

Obduskey, Reese, The FDCPA, And Nonjudicial Foreclosures In Georgia 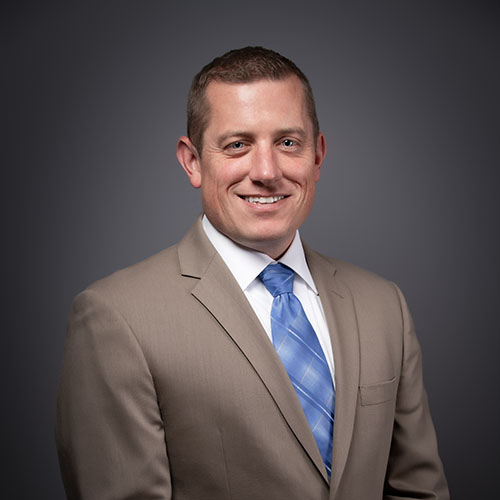 In Obduskey v. McCarthy & Holthus LLP, 139 S. Ct. 1029, 203 L. Ed. 2d 390 (2019) the United States Supreme Court held that a business, including a law firm, engaged in the enforcement of a security interest through nonjudicial foreclosure proceedings was not a “debt collector” for nearly all purposes under the Fair Debt Collection Practices Act (“FDCPA”) (15 U.S.C. § 1692 et seq.)  By this seemingly simple, straight-forward holding, the Court appeared to have resolved a national split of opinion on the topic.  For practitioners in Georgia, however, questions remain. Those questions, for the most part, pertain to nonjudicial foreclosures and were left open – or more accurately, created –  by the 11th  Circuit Court of Appeals in Reese v. Ellis, Painter, Ratterree & Adams, LLP, 678 F.3d 1211 (11th Cir. 2012).

Nonjudicial foreclosures being far and away the most common form in Georgia, the import of Reese is well known to those who practice in this area of the law.  In Reese, the Respondent law firm had initiated nonjudicial foreclosure proceedings against the Appellant borrower’s home on behalf of its lender client.  The borrower filed suit, alleging that the dunning letter and related documents sent by the law firm both demanded payment of the underlying debt and  misrepresented Georgia law, and therefore violated § 1692e of the FDCPA.  The law firm obtained a dismissal at the trial court level, where it argued that it was not subject to the Act “because it is not a ‘debt collector’ and sending the letter and other documents did not amount to debt collection activity but instead was merely an attempt to enforce a client’s security interest.” Id., 678 F.3d at 1215.

On appeal, the Court held that the foreclosing law firm’s demand for payment on the underlying promissory note “was debt collection activity within the meaning of the FDCPA.”  Id., 678 F.3d at 1218, n.3.  As such, the law firm was subject to the general requirements of the Act, including that it must not, in its communications to the debtor, make “false, deceptive[,] or misleading representation[s]” in violation of 15 U.S.C. § 1692e.” Id., 678 F.3d at 1215 (11th Cir. 2012).  In reaching its conclusion, the Court reasoned that: (1) the law firm’s communications could have had “dual purposes” (i.e., collection of a debt and giving notice of a foreclosure); and (2) “Georgia law does not require a demand for payment of the debt to be included in a notice of foreclosure, but the law firm included one anyway.” Thus, “the fact that the letter and documents relate to the enforcement of a security interest does not prevent them from also relating to the collection of a debt within the meaning of § 1692e.” Id., 678 F.3d at 1217. Accordingly, the Court held that the Plaintiff had sufficiently stated a claim for relief under the Act.

Although it is not specifically addressed, the Court’s holding in Reese does not appear to leave room for any pre-foreclosure demand requirement that might be found in the underlying loan documents.[1]  In other words, it appears that under Reese, any demand for payment of the debt, even if it were a contractual prerequisite for foreclosure, would constitute debt collection activity under the FDCPA. Further, while the Court pointed to the absence of a demand requirement in Georgia’s foreclosure notice statute, O.C.G.A § 44-14-162.2, as evidence that the law firm’s gratuitous demand in that notice was sufficient to bring the its conduct within the ambit of the FDCPA, it also relied on the law firm’s compliance with the affirmative (or at least implied) demand requirement in Georgia’s attorney’s fees statute, O.C.G.A. § 13-1-11, as evidence of the same.  This is troubling because O.C.G.A. § 13-1-11 breathes life into attorney’s fees provisions in the loan documents only where the “note or other evidence of indebtedness is collected by or through an attorney after maturity.”  O.C.G.A. § 13-1-11(a) (emphasis added).  In the mortgage context that collection, of course, nearly always occurs by enforcing the lender’s security interest through foreclosure.

These examples illustrate the potential (and actual, in Georgia) tension between the FDCPA and state law or contract requirements, and the true difficulty of the Reese holding.  That is, if state law or the underlying contract between the parties makes a demand for payment a condition of the enforcement of the lender’s security interest, does that demand automatically make that enforcement “the collection of [a] debt” under the FDCPA, thereby subjecting the foreclosing law firm to all of the Act’s requirements?  Ultimately, while the Reese Court’s holding would suggest that its answer to this question would be “yes,” it never reached this level of analysis.  This is because it declined to reach the more fundamental question, and the crux of the law firm’s argument, of “whether enforcing a security interest is itself debt-collection activity covered by the statute. That is, [it did] not decide whether a party enforcing a security interest without demanding payment on the underlying debt is attempting to collect a debt within the meaning of § 1692e.” Id., 678 F.3d at 1218, n. 3.  Enter Obduskey.

In Obduskey, the Court was faced with facts similar to those in Reese.  That is, the Respondent law firm had initiated nonjudicial foreclosure proceedings against the Appellant borrower’s home (this time under Colorado law), and had allegedly failed to comply with certain provisions of the FDCPA.  Specifically, the law firm in Obduskey had allegedly failed to “cease collection” or “obtain verification of the debt” after the borrower had invoked § 1692g(b) of the Act.  But the similarities end there.  Inasmuch as the Court in Reese appears to have sidestepped the law firm’s statutory arguments in favor of a broader review of its actual conduct, the Court in Obduskey addressed those same arguments directly.

Specifically, the Court in Obduskey focused, first and foremost, on the statutory definition of a “debt collector” under § 1692a(6).  In particular, the Court directed its attention to the  “limited-purpose definition” which says that “[f]or the purpose of section 1692f(6)’ a debt collector ‘also includes’ a business, like McCarthy, ‘the principal purpose of which is the enforcement of security interests.  The Court reasoned that:

[t]his phrase, particularly the word ‘also,’ strongly suggests that one who does no more than enforce security interests does not fall within the scope of the general definition. Otherwise why add this sentence at all?

The Court further reasoned, importantly, that “Congress may well have chosen to treat security-interest enforcement differently from ordinary debt collection in order to avoid conflicts with state nonjudicial foreclosure schemes.” Id., 139 S. Ct. at 1037.  And in this regard it notably recognized, as it must, that “foreclosure is a means of collecting a debt,” and further, “the gravity of a letter informing a homeowner that she may lose her home unless she pays her outstanding debts.” Id., 139 S. Ct. at 1036, 1039 (emphasis added).  Nevertheless, the Court preceded upon the assumption that “the notices sent by McCarthy were antecedent steps required under state law to enforce a security interest.”  Further, it hedged its ultimate holding when it stated that because  “we here confront only steps required by state law, we need not consider what other conduct (related to, but not required for, enforcement of a security interest) might transform a security-interest enforcer into a debt collector subject to the main coverage of the Act.”  Id., 139 S. Ct. at 1039.

Thus, while the argument posited by the law firm in Reese was ultimately validated by the broad-stroke holding in Obduskey, the difficulties of Reese remain.  That is, even though it is now beyond question that “the statute exempts entities engaged in no more than the ‘enforcement of security interests’ from the lions share of its prohibitions,” the extent of that exemption would appear, still, to turn at least in part on the degree to which the questionable conduct was in fact required by state law.  Thus, while the holding in Obduskey was indeed an important, and in many ways a clarifying one, the questions left by Reese appear to remain unanswered, and practitioners would therefore do well to continue to take note of its legacy.