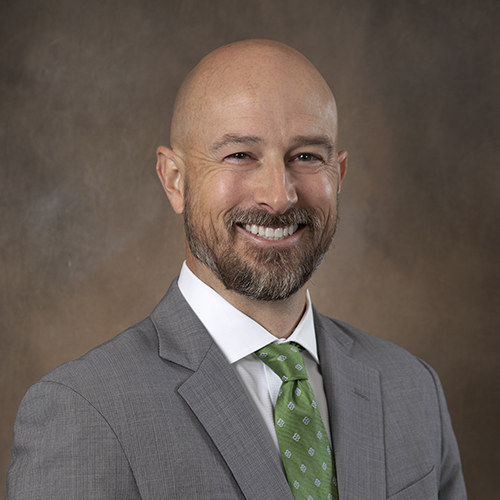 In recent years in many markets, especially in venues such as Georgia, Florida, New Mexico, Texas and California, the defense bar has seen a rapid onslaught of litigation-funded medical treatment.  This business model involves doctors who market heavily to plaintiffs’ lawyers and chiropractors so as to gather as many patients as possible.  These patients typically have third party litigation claims (either work comp or general liability), which allow the doctor to bill at the so-called “self-pay” or “100% Chargemaster” rate rather than at a lower, negotiated medical insurer’s rate.  Because these patients are not being treated pursuant to a medical insurance policy, when the patients’ cases go to trial, their counsel are able in many cases to blackboard medical expenses that far exceed market averages for similar treatment by more conventional doctors.  In this way, the litigation-funded treating physician is able to maximize his billing capacity, avoid the hassle of insurance write-downs, and recover an overall fee that may be two to three times that of his similarly-situated peers, who are not involved in this litigation-focused business model.  Of course, that means a third-party work comp or liability insurer ends up paying two to three times more for the plaintiff’s medical care than the patient otherwise could have received—thus inflating the total verdict value and enriching plaintiff, doctor, and plaintiffs’ counsel at the expense of a fair system.

As defense counsel, confronting the “litigation-funded doctor” can be tricky; after all, this person will testify in a white coat and will claim to have no interest in the case other than in making sure the patient gets better.  However, there’s a catch.

In federal court (and in many circumstances in state courts as well), a jury is not allowed to consider medical treatment unless an expert witness has provided a “causation opinion,” linking the treatment rendered to the allegedly-negligent acts of the defendant(s).  The only exception is where the injury is so obviously connected to the defendants’ negligence that a layperson could understand it without needing expert help.  So, a broken bone received from a car wreck, or a gunshot wound received due to allegedly negligent security, would not require an expert to demonstrate the causal link.  Those cases tend to be far less common than orthopedic or “neck-and-back” cases, which often involve overlapping issues of degenerative change, pre-existing conditions, and potential exacerbation.  As a rule of thumb, in a “neck-and-back” case, a causation opinion is required before the treatment can properly reach the jury.  If a plaintiff fails to secure such an opinion, the treatment and the plaintiff’s medical expenses/damages may be subject to exclusion on a motion for partial summary judgment, which can hollow out a neck-and-back Plaintiff’s case.

Smart plaintiff counsel know that they need causation opinions to get their clients’ damages to the jury.  In recent years, they have mostly been able to have their cake and eat it too, by simply asking the patient’s treating physician to provide the causal opinion necessary to link his treatment to the underlying accident.

However, recent federal case law demonstrates that the Courts have gotten wise to this ploy, and are beginning to enforce the distinctions between Rule 26(a)(2)(B) and Rules 26(a)(2)(C) more stringently.  Most notably, in Kondragunta v. Ace Doran Hauling & Rigging Co., 1:11-CV-01094-JEC, 2013 WL 1189493, at *4 (N.D. Ga. Mar. 21, 2013), then-Chief Judge Carnes of the Northern District of Georgia (since elevated to the 11th Circuit) analyzed in detail the difference between a true “treating physician” and a retained testifying expert who is merely masquerading as a treating physician in order to sneak in a causation opinion:

[T]he label of ‘treating physician’ is irrelevant; instead, the determination turns on the substance of the physician’s testimony. When a treating physician testifies regarding opinions that have been formed and based on observation made during the course of treatment, he need not produce a Subsection B report. By contrast, treating physicians offering opinions beyond those arising from treatment are experts from whom full Rule 26(a)(2)(B) reports are required.

In other words, if the so-called “treating physician” has formulated his or her causal opinion using only the information provided by the patient in the course of treatment or observed by the doctor herself, it may come in.  If the “treating physician” has relied upon information provided from other sources, most notably the patient’s lawyer, then the causal opinion is really that of a retained, testifying expert. As a retained, testifying expert, the treating physician must provide a full Rule 26(a)(2)(B) report, including disclosure of four years of past testimony in which he or she has similarly given a causal opinion.  This requirement is absolute kryptonite to a litigation-funded doctor, who may testify up to 100 times per year, always in favor of the plaintiff and always in pursuit of the inflated medical bills recovery noted above.  When a “treating physician” has given the exact same causal opinion hundreds of times and has never opined otherwise, his or her credibility tends to go out the window.

So, why not simply whitewash the causal opinion by having the doctor carefully rely only upon information provided by the plaintiff herself?  This is where the trap clamps shut, because there is a second step to the admissibility analysis that is not controlled merely by the expert disclosure rules. A testifying expert must also pass the so-called “Daubert  gate,” meaning his or her proposed expert testimony must be reliable and must be based upon “sufficient facts or data”.  If the causal opinion can’t survive Daubert scrutiny, it doesn’t matter if the treating physician sneaks in under the abrogated disclosure rule of Rule 26(a)(2)(C), because the opinion will be excluded as unreliable and unscientific.  Again, if the causal opinion fails the Daubert gate, the defendant will be entitled to partial summary judgement as to all treatment not susceptible to lay understanding (typically meaning any surgeries and post-surgical treatment the plaintiff may have received).

In order to render a proper medical causation opinion, federal case law makes clear that a doctor must perform a differential diagnosis, meaning he or she must consider all of the other possible explanations for a given condition, including pre-existing conditions, degenerative changes, past injuries, etc.  Rangel v. Anderson, 202 F. Supp. 3d 1361 (S.D. Ga. 2016).  It is not typical for a treating physician to consider whether a person has ever had a car wreck in the past in deciding how to treat, for example, a herniated disk. After all, ordinary doctors’ jobs are not to consider distant questions of medical causation; instead their job is to diagnose the condition as it then exists and formulate a plan of treatment.

This is the true Catch-22: In order for treating physician to perform a proper differential diagnosis and thereby formulate a medical causation opinion which will survive Daubert scrutiny, he or she usually must consider materials that are outside the scope of treatment needed by the patient at that particular time.  Most typically, the doctor must rely upon the plaintiff counsel to provide information regarding past auto accidents, past sports injuries, etc., so the doctor can rule those out in providing the necessary causation opinion. If the plaintiff admits to a past car wreck at her deposition and the treating physician has not ruled that past car wreck out in formulating a causal opinion, then the opinion should not pass the Daubert gate, and the defendant may be entitled to partial summary judgment. This is a plaintiff’s lawyer’s worst-case-scenario. Unfortunately for the doctor, the very act of considering materials outside the scope of treatment needed by the patient at that particular place and time automatically converts the so-called “treating physician” into a retained, testifying expert, for the reasons explained by Judge Carnes in Kondragunta.

The bottom line is that a testifying doctor can no longer have his cake and eat it too.  He or she must pick a lane: if the doctor intends to offer a medical causation opinion which will survive a Daubert challenge, the doctor must solicit sufficient information to perform a true differential diagnosis, and submit to a full Rule 26(a)(2)(B) disclosure (including four years of past depositions).  If the treating physician intends to leave the medical causation work up to someone else, he or she can remain a mere Rule 26(a)(2)(C) expert, but can only testify to matters of diagnosis (not causation) and treatment, except in cases involving very obvious injuries which do not require expert explication.

There may be rare cases where a plaintiff has absolutely no past history of injuries or treatment, in which a testifying expert can solicit enough information to perform a true differential diagnosis while relying only on information provided by the plaintiff as part of the plaintiff’s need for treatment.  However, those cases are not the norm.  In the typical neck-and-back litigation funded doctor case, the plaintiff will have a history of prior accident or injury. He or she will be unable to convey enough data to the doctor for purposes of treatment only to allow a proper differential diagnosis. This is a tight squeeze indeed; the plaintiff counsel who intends to put up a litigation-funded treating physician as a medical causation expert had better provide a full Rule 26(a)(2)(B) disclosure, with all of the bias, intent and motive demerits that disclosure entails, and must also ensure the doctor provides a proper differential diagnosis that satisfies Daubert, or he may see his client’s damages presentation eviscerated via a motion for partial summary judgment.