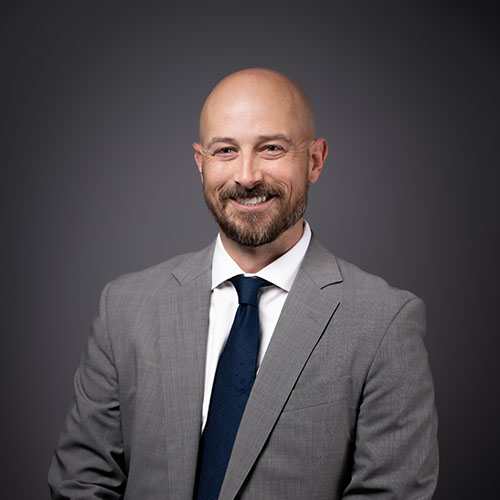 In what may become a landmark decision, the 11th Circuit recently took the opportunity presented by a case involving “judge-created” Florida maritime law to roundly criticize medical billing practices in connection with litigation. In August 2020, the 11th Circuit decided the case of Higgs v. Costa Crociere S.P.A. Co., 969 F.3d 1295, 1308 (11th Cir. 2020). In that decision, the 11th Circuit broke new ground, engaging extensively with the issues presented by inflated medical billing rates in the healthcare market and the cloaking effects of the Collateral Source Rule (an argument frequently raised by plaintiffs seeking to present inflated medical bills to juries without telling the juries what those same doctors would really agree to take). The 11th Circuit held:

Today, we adopt the rule that best reflects the idiosyncratic realities of the healthcare market, avoids reliance on arbitrary factors unrelated to the harm suffered by the plaintiff, and affirms our confidence in juries to resolve challenging questions of fact. We hold that the appropriate measure of medical damages is a reasonable value determined by the jury upon consideration of all relevant evidence. Both the amount billed by healthcare providers and the amount paid by insurers are admissible as relevant to the question of fixing reasonable value. Because the district court erroneously reduced the jury’s award of medical damages to Higgs under a per se rule that would cap the amount of damages at the amount paid, we reverse.

Higgs was unusual because the trial court opted to reduce the jury’s award by the amount actually paid (versus billed) with regard to the medical expenses.  The trial court had allowed the jury to hear both billed and paid values, but the jury opted to award the higher (billed) amount.  The 11th Circuit thus approved the trial court’s decision to let in both billed and paid amounts, disapproving only the judge’s decision to make a post-judgment reduction.  In its holding, the Circuit court noted that the Higgs defendant had the opportunity to challenge the reasonableness of the amount billed versus the amount paid, but inexplicably chose not to do so.  (Evidently the defendant believed merely seeing both values would be enough for the jury to conclude the charges were inflated).  This result serves as a reminder of the need to retain experts to explain how the medical billing industry routinely inflates charges in order to be certain the jury understands why both values are being presented.

Obviously, a decision based on Florida maritime law would seem to be distinguishable in a Georgia case—particularly a state court case. However, the 11th Circuit addressed this concern as well, noting that “The controversy surrounding this damages question is limited neither to the Southern District of Florida nor to maritime law — courts around the country have struggled to calculate medical damages in tort cases when medical bills overstate expenses.” Id. Thus while this decision may be viewed only as non-binding persuasive authority in a case arising out of Georgia law, it does provide significant insight into how the 11th Circuit is presently viewing the reasonableness and necessity of medical expenses—which the Court has previously characterized as a “critical inquiry under Georgia law.”

Interestingly, the Court also wrestled extensively with the purpose of the Collateral Source Rule (which is to avoid an unfair windfall to defendants by offsetting their responsibility for a plaintiff’s true damages) versus the conundrum posed by what amounts to widespread fictional billing in the medical profession as it current exists in the United States:

Our guiding principle is that plaintiffs are entitled to recover the reasonable value of treatment for injuries they have sustained, regardless of whether their medical expenses have been paid and by whom.

Because of the way in which healthcare is paid for in the United States, we simply cannot say that the amount healthcare providers charge categorically reflects that reasonable value.

The Court directly addressed the issue of “discounts” or pre-negotiated amounts arranged between medical providers and insurers (in many cases, a negotiation also involving a medical funding company). Such a discount would allow the doctors’ bills to be satisfied for an amount less than that presented to the jury. The Court held: “We do not find persuasive the argument that a contractual discount of medical expenses is properly considered as a payment for purposes of the collateral source rule. To do so ignores the reality of the contemporary healthcare market. [] Indeed, because such a large percentage of medical expenses are paid under contracts that provide for discounts, the contracts themselves play a role in setting billed medical expenses by encouraging providers to bill arbitrarily large amounts with the knowledge and expectation that no one will ever be required to pay so high a figure.” Id. at 1314-15 (emphasis supplied).

Ultimately, the Court noted the great probative value to the jury of understanding the amount actually paid (or agreed to be paid) for a provider’s inflated bill: “Moreover, evidence of the amount paid is probative of the reasonable value of medical services in a way that evidence of other kinds of collateral payments is not.” Id. at 1315.

In sum, the 11th Circuit has recently issued a clear-cut holding demonstrating that the proper measure of damages under the federal evidence code (which Georgia adopted in 2013) is to be determined from both the amount billed and the amount negotiated with the medical providers. This solution avoids misleading the jury with “arbitrarily large” billed amounts bearing no relationship to real costs.

It is likely now only a matter of time before the 11th Circuit applies the same analysis explicitly to cases arising out of Georgia law, especially in light of Georgia Supreme Court guidance requiring even the state and superior courts to give “great weight” to interpretations of the federal evidence code issued by the 11th Circuit. Taken at face value, it would appear the Georgia Supreme Court has ceded authority over this interpretation to the 11th Circuit, since all the involved issues arise out of interpretations of admissibility under the federal evidence code. If and when the 11th Circuit does explicitly hold that billed versus paid is the law of the land in this Circuit, expect significant litigation in state and superior courts over whether and how far to follow this analysis in those cases.